END_OF_DOCUMENT_TOKEN_TO_BE_REPLACED

Because Donald Trump does not provide reliable readouts of his meetings with Kim Jong Un, we must stitch together bits of information as they trickle out. There’s enough now to provide a picture of Trump’s negotiating style.

Jessica Tuchman Matthews summarizes that style in an excellent overview of the Hanoi meeting between Trump and Kim.

Shortly after the success of The Art of the Deal (1987) made Donald Trump a supposed expert on negotiation, he lobbied the George H.W. Bush administration to put him in charge of arms reduction talks with the Soviet Union. The position went instead to Richard Burt, an experienced diplomat and arms control expert. When the two men met at a New York social event, Trump pulled Burt aside to tell him what he would have done—and what Burt should do—to start off the negotiations. Greet the Soviets warmly, he said. Let the delegation get seated and open their papers. Then stand up, put your knuckles on the table, lean over, say “Fuck you,” and walk out of the room.

…Trump thinks that what works is the unexpected. His goal is to put people off balance, which allows him, he believes, to get his way. This explains his otherwise baffling calls for US policy to be “unpredictable.”

After the breakdown of the Hanoi summit, the United States and North Korea provided conflicting reports on the reasons for the breakdown. It appeared that one side or both asked for too much. The amount of time the two leaders spent together suggested that rejection had been rapid, with no effort at working through alternatives. END_OF_DOCUMENT_TOKEN_TO_BE_REPLACED

I gave a talk on that subject at the New Mexico Museum of History this week. Here are the slides.

I am skipping over the memo by Attorney General William Barr to wait for the full Mueller report before I start parsing sentences and paragraphs.

I would like to remind us all of Rod Rosenstein’s charge to Robert Mueller as special counsel. Here is the meat of it.

The scope was open and potentially wide ranging. But time was important – The report needed to come out before the 2020 election campaign to avoid the mess that Comey stumbled into in 2016. It seems reasonable for Mueller to have defined his scope tightly. END_OF_DOCUMENT_TOKEN_TO_BE_REPLACED

END_OF_DOCUMENT_TOKEN_TO_BE_REPLACED

Michael Flynn was one of a number of people pushing the “Middle East Marshall Plan”. His job seems to have been acting as the project’s spokesperson and operative within the administration. That position came to an end on February 13, 2017, when he was fired from his job as National Security Advisor. END_OF_DOCUMENT_TOKEN_TO_BE_REPLACED

The plans offered by ACU and IP3, the companies working with Michael Flynn on a scheme to sell reactors to Saudi Arabia, have many problems. Some, perhaps all, of those problems may arise from naivete about the nuclear industry and the regulations surrounding it. Looking at the plans and how they changed over time may help in understanding what these companies were doing. END_OF_DOCUMENT_TOKEN_TO_BE_REPLACED 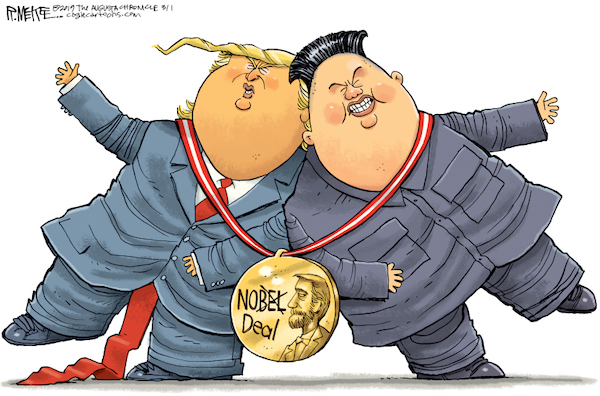